A 66-year-old male, a smoker with a history of hyperlipidemia, prior MI and chronic systolic heart failure (NYHA Class III) presented for a staged PCI of the RCA. Prior PCI of the proximal LAD was performed 7 weeks earlier in the setting of NSTEMI with culprit lesion in the proximal LAD treated with a 4X38 mm drug-eluting stent. The patient was discharged on aspirin and Brilinta and remained asymptomatic for the period between the index and procedures. Unexpectedly, coronary angiography before staged PCI revealed a hazy lesion consistent with thrombus formation in the proximal LAD (Figure 1), which was further examined using OCT.

OCT imaging of the proximal LAD confirmed angiography findings and revealed a large red thrombus (Figure 2A, B, asterisks). Close examination of the stent uncovered stent underexpansion and gross malapposition proximal to the site of thrombus formation (Figure 2C, arrow). 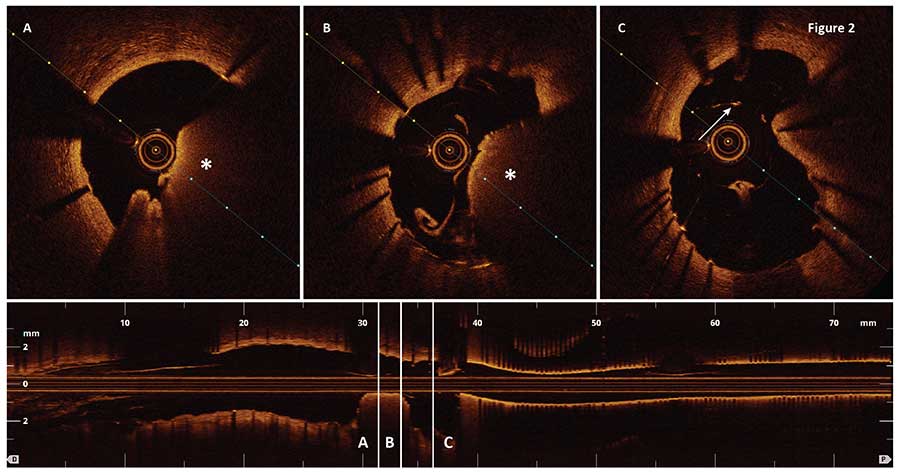 We performed balloon dilation with a 4.5 mm noncompliant balloon within the stent (Figure 3A), which led to satisfactory angiography results (Figure 3B).

Postinterventional OCT imaging confirmed successful thrombus removal with minor residual thrombus visualized in few frames (Figure 4A, arrow) and significantly improved stent expansion and apposition in the proximal segment, where stent area increased from 9.4 mm2 to 12.6 mm2. A few malapposed struts were detected in several frames after postdilation (Figure 4C, arrow), but the degree of malapposition was considered to be acceptable. 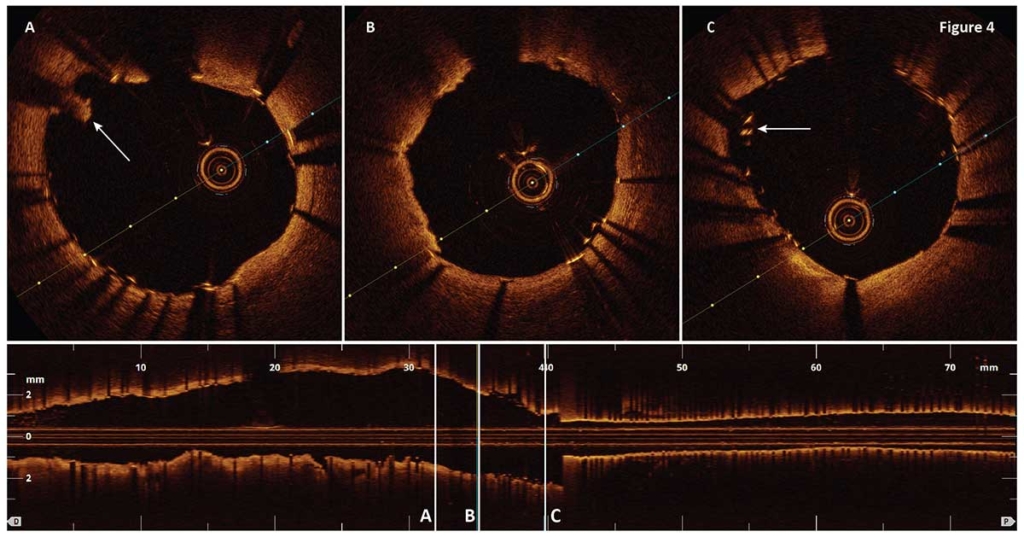 Reach out to us with general comments or questions.
connect now