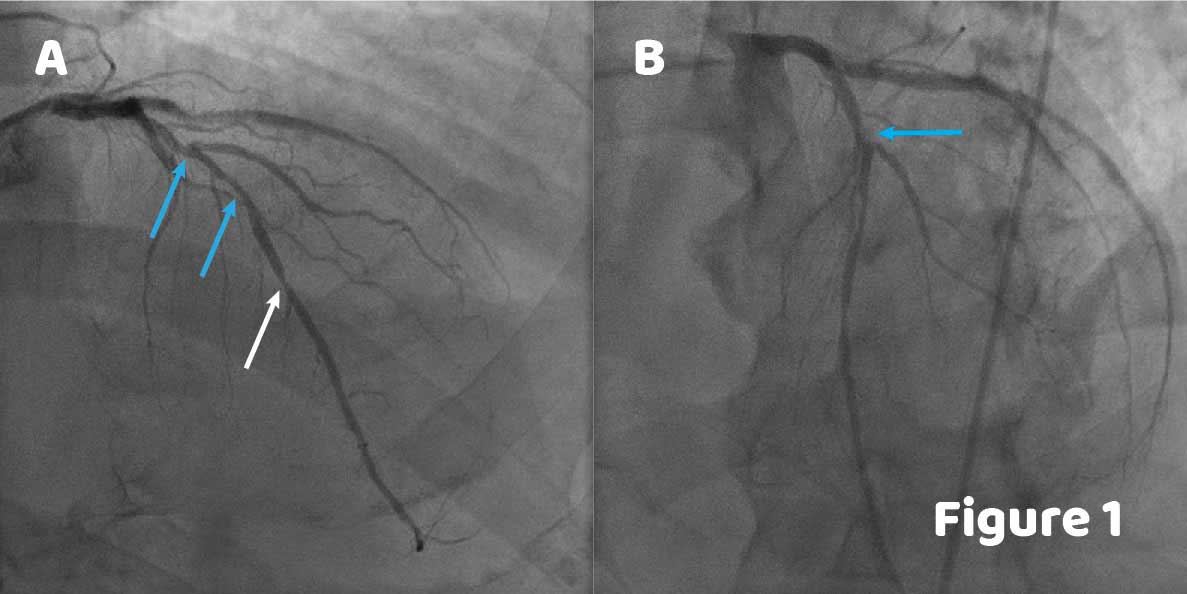 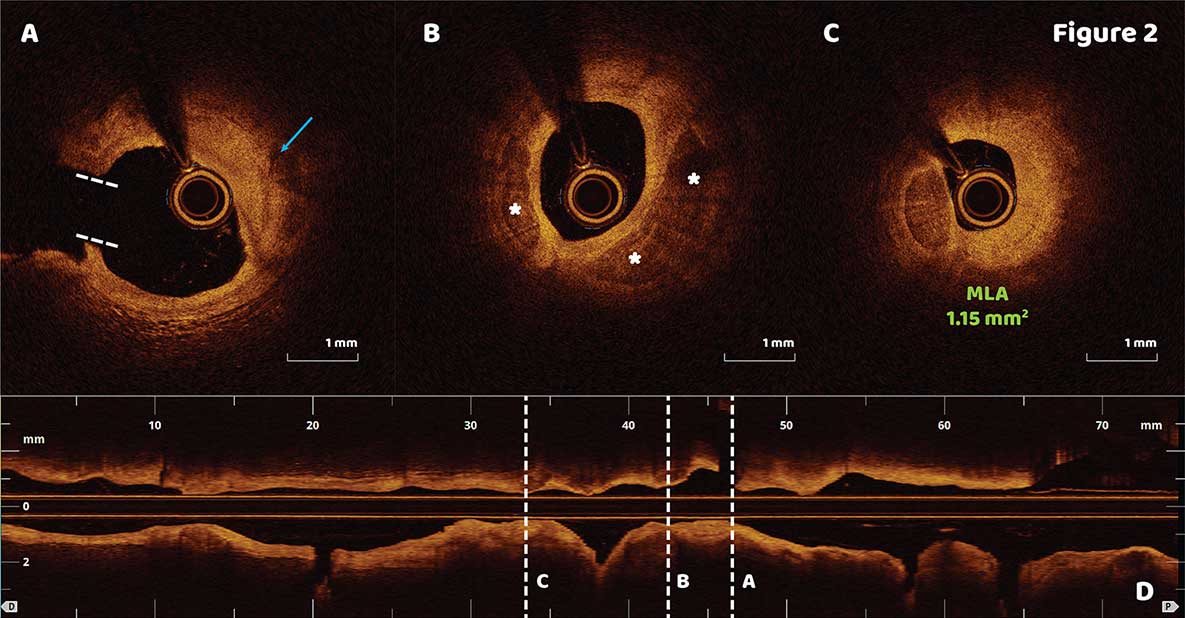 Orbital atherectomy was performed in both mid and distal LAD using a 1.25 mm burr at 80,000 rpm. After debulking, pre-dilation was performed with a 3 mm non-compliant balloon in both lesions followed by the deployment of two overlapping DES stents: 3.25×23 mm and 3×38 mm. Post-stenting angiography revealed satisfactory results (Figure 4). 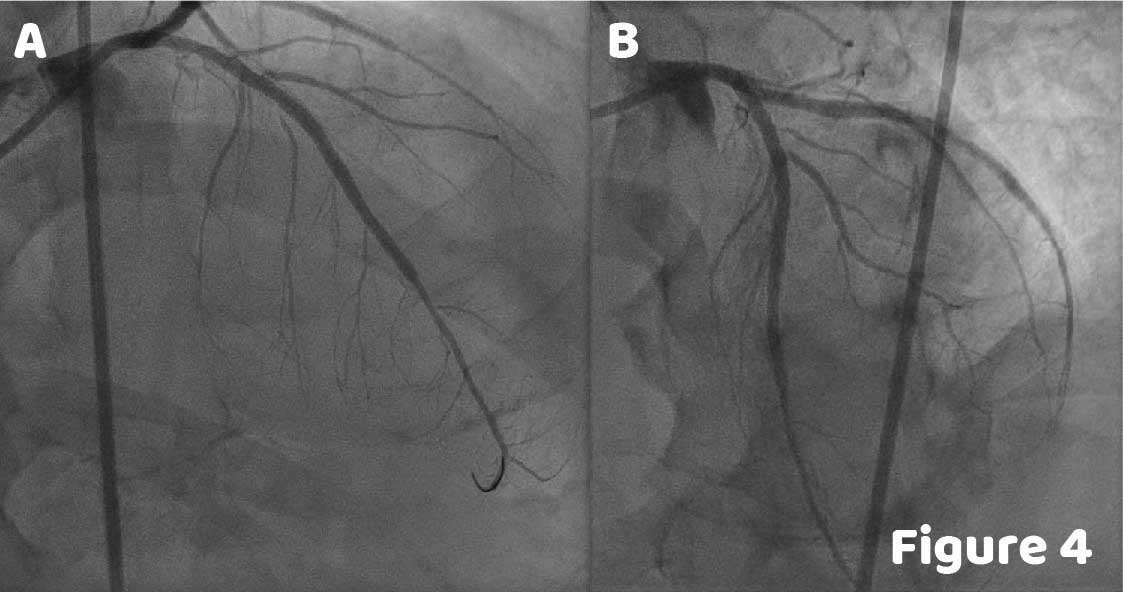 OCT showed good stent apposition and expansion with a minimal stent area 4.14 mm2 (Figure 5C). Longitudinal 3D stent reconstruction quickly confirmed good stent apposition. White, yellow, and red colors are assigned to each stent strut based on increasing degrees of malapposition (Figure 5D, Blue Box). An open D2 ostium is visualized in 3D OCT reconstruction (Figure 6, asterisk) which is also seen with the cross-sectional imaging (Figure 5A, dotted white lines). Good expansion was observed at the site of heavy calcification (Figure 5B) and the new MSA was determined to be 4.14 mm2 (Figure 5C). 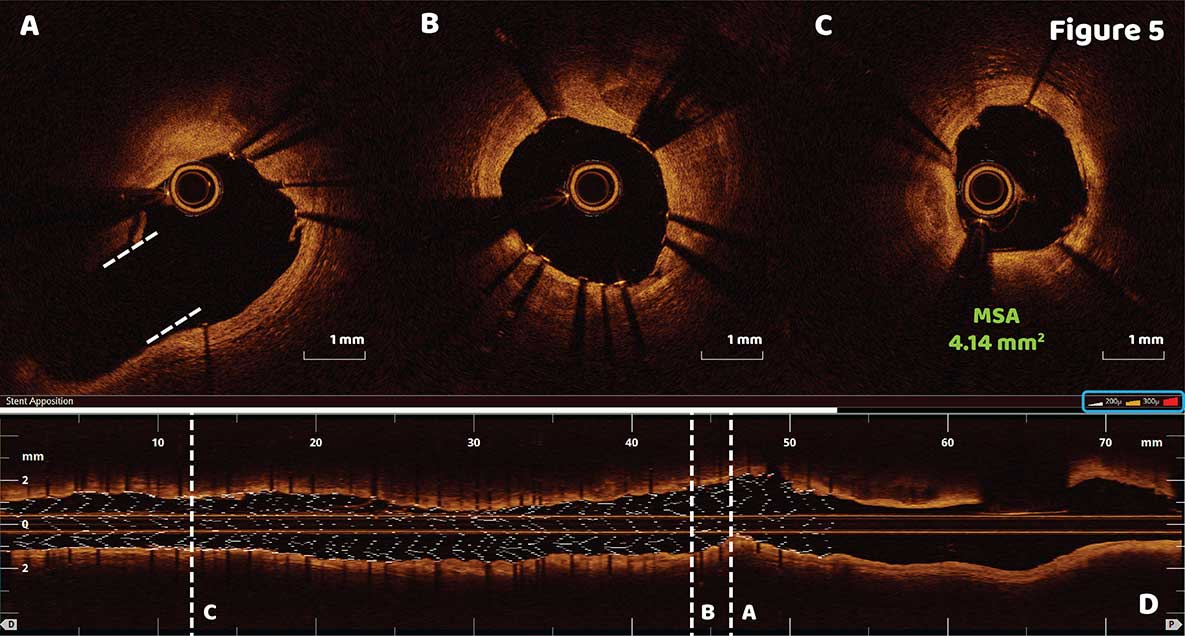 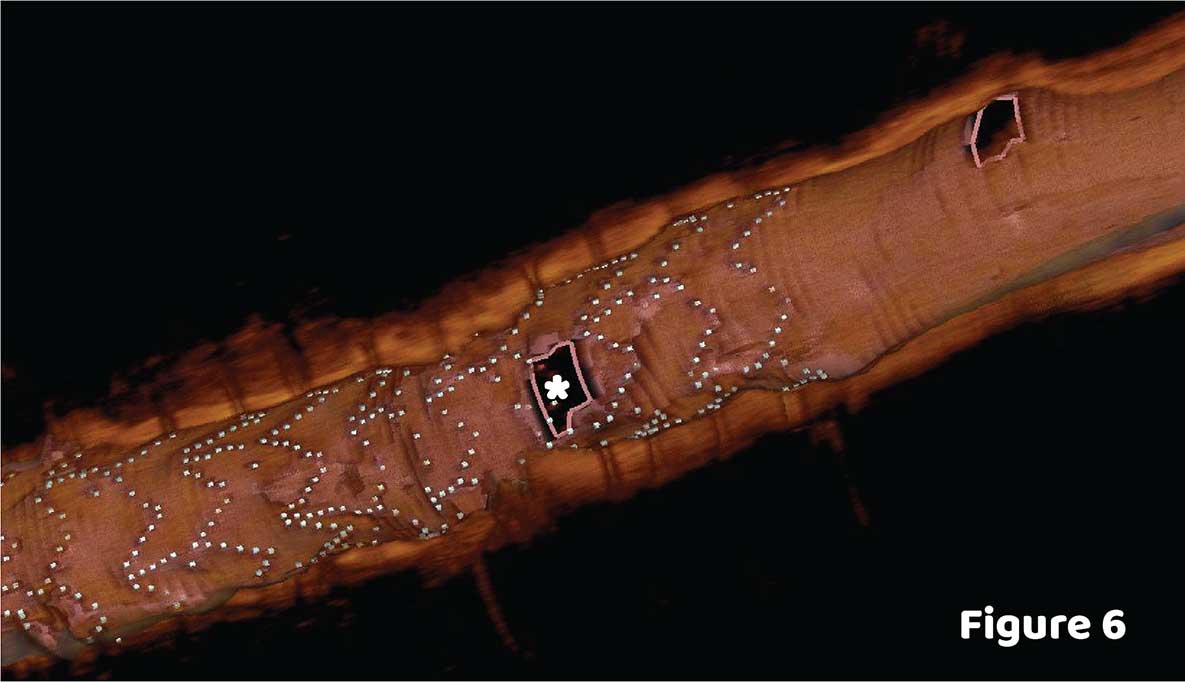 Reach out to us with general comments or questions.
connect now

We use cookies to ensure that we give you the best experience on our website. If you continue to use this site we will assume that you are happy with it.OKNoPrivacy Policy