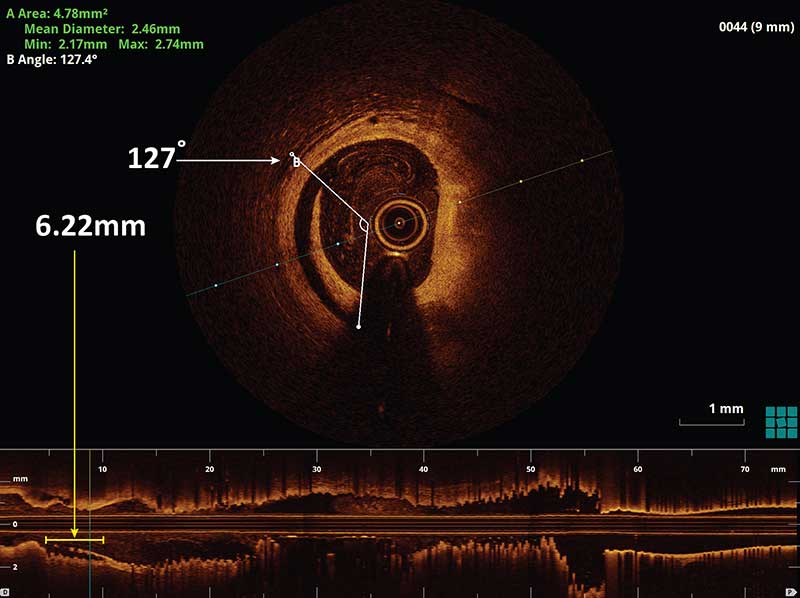 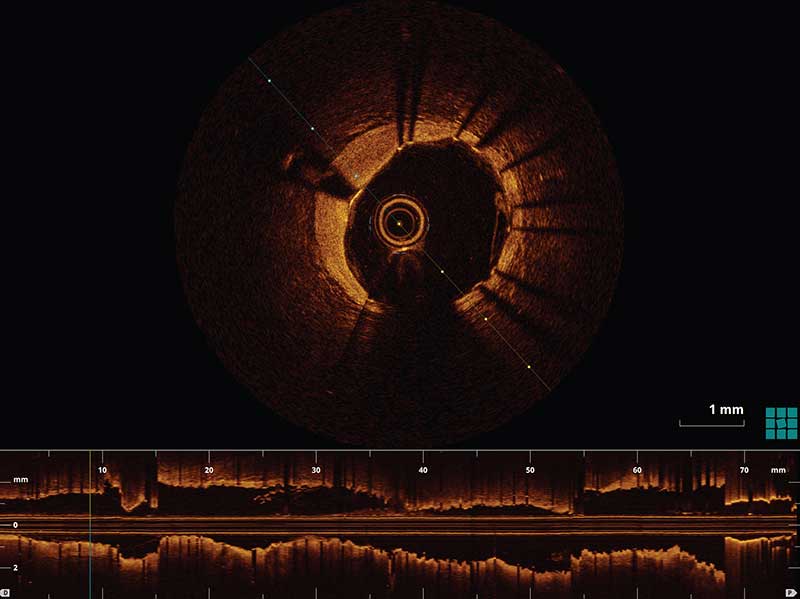 Figure I. An example of a stent edge dissection (white arrow) measuring to be 127 degrees of the lumen circumference in the cross sectional OCT image and 6.2 mm in length (yellow arrow) as measured in the longitudinal OCT L-mode. The following image demonstrates the same patient post stenting over the stent edge dissection. There is no longer a dissection flap present in the cross sectional OCT image. 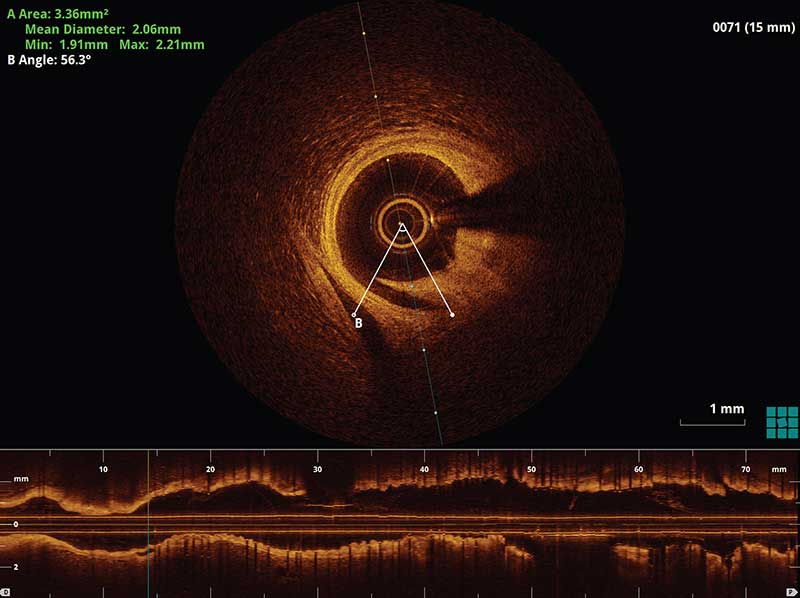 Figure II. An example of a small distal stent edge dissection which was less than 60 degrees of the lumen circumference and less than 3 mm. A decision was made that no further intervention was required for this case.

Reach out to us with general comments or questions.
connect now
Case ExamplesEducational Content